News. The Dalí Foundation licenses the edition of the Clot Collection' sculptures

The Dalí Foundation licenses the edition of the Clot Collection' sculptures

As part of its efforts to analyse and classify the sculptural heritage of the Empordà-born artist Salvador Dalí, the Gala-Salvador Dalí Foundation has granted the company 2049 Obra Contemporánea S.A. a licence to edit and create authorised reproductions of the artist's sculptural works from the 1970s known as Clot Collection.

Indeed, Dalí sculpted the said collection with his own bare hands at his home in Port Lligat in the 70's. As such, this legacy is a true example of authentic Dalinian sculptural creation, which stands out from other editions of sculptures on the market given the creative force behind it. This other editions of sculptures on the market are only three-dimensional interpretations created by third-parties based on Dalí's pictorial works, but not works which authorship can be attributed to the artist himself.

Dalí signed a number of contracts with Mr. Isidro Clot concerning the edition and commercialization of this collection of sculptures, which were object of a chain of several and partial transfers to third parties. This has brought several agents within the market together, all of whom seek their own kind of validation. Sometimes, these overlap, giving rise to confusion, which has ultimately led the Foundation to study and evaluate this chain of transfers and conclude that none of these agents hold the rights initially granted by Dalí, thereby meaning it became necessary to regulate the situation.

Having notified the agents involved of this, the Foundation wanted to respect Dalí's wishes, in terms of the Clot Collection being commercialised, whereby these marketing activities are carried out with the rigour and traceability that the artist's work deserves, and with which the Foundation grants its licences. The company 2049 Obra Contemporánea S.A. has shown the Foundation that it shares its values in terms of protecting Dali`s artistic legacy, and the licence granted to said company was issued under conditions that guarantee complete transparency in the market, so as to ensure the public knows the exact nature of the pieces that are being commercialised.

The licence granted to 2049 Obra Contemporánea S.A. is the result of various years' work, during which time the Foundation has carried out an exhaustively thorough legal and artistic study of Dalí's three-dimensional and sculptural work. This analysis has made it possible to establish a number of criterion for categorising and classifying Dalí's three-dimensional and sculptural work, thereby facilitating exact knowledge of the artist's involvement in each piece (these criterion have been published on its web page).

Moreover, they facilitate the Foundation's task of preparing a reasoned inventory of Dalinian sculptural works.

The licence granted to 2049 Obra Contemporánea S.A - a company founded in 1998 with its headquarters in Bilbao - grew from several years' collaboration with the Foundation. Upon signing this agreement, a new era of sharing the surrealist master's sculptural works has been born, enabling true Dalinian sculptural work to enter the market with full academic and artistic rigour.

The Foundation will control, supervise and accredit the editions made by 2049 Obra Contemporánea, and shall support the sharing and presence of these sculptures on the market, thereby fulfilling the assignment Salvador Dalí himself left us with: to protect, promote and develop his artistic legacy. 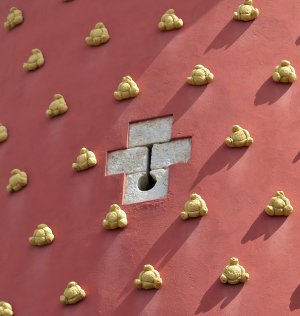