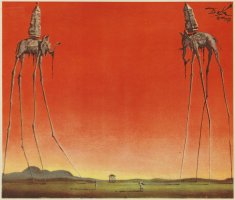 This year's temporary exhibition at Gala's Castle in Púbol is devoted to Dalí's participation in As you like, a version directed by Luchino Visconti for the Teatro Eliseo in Rome in 1948. With the title Dalí, Shakespeare, Visconti, the show can be seen from 15 March until 8 January 2017.