Exhibition in the Palmera square, Figueres

On Thursday 31st of July 2014 there will be the opening of the exhibition to celebrate the 40 years of the Dali Theatre-Museum. This exhibition will trace back the entire creational process of Salvador Dali's biggest work and the opening say, the 28th of September 1974.

This event will take place at 8:30pm in the Palmera square in Figueres. 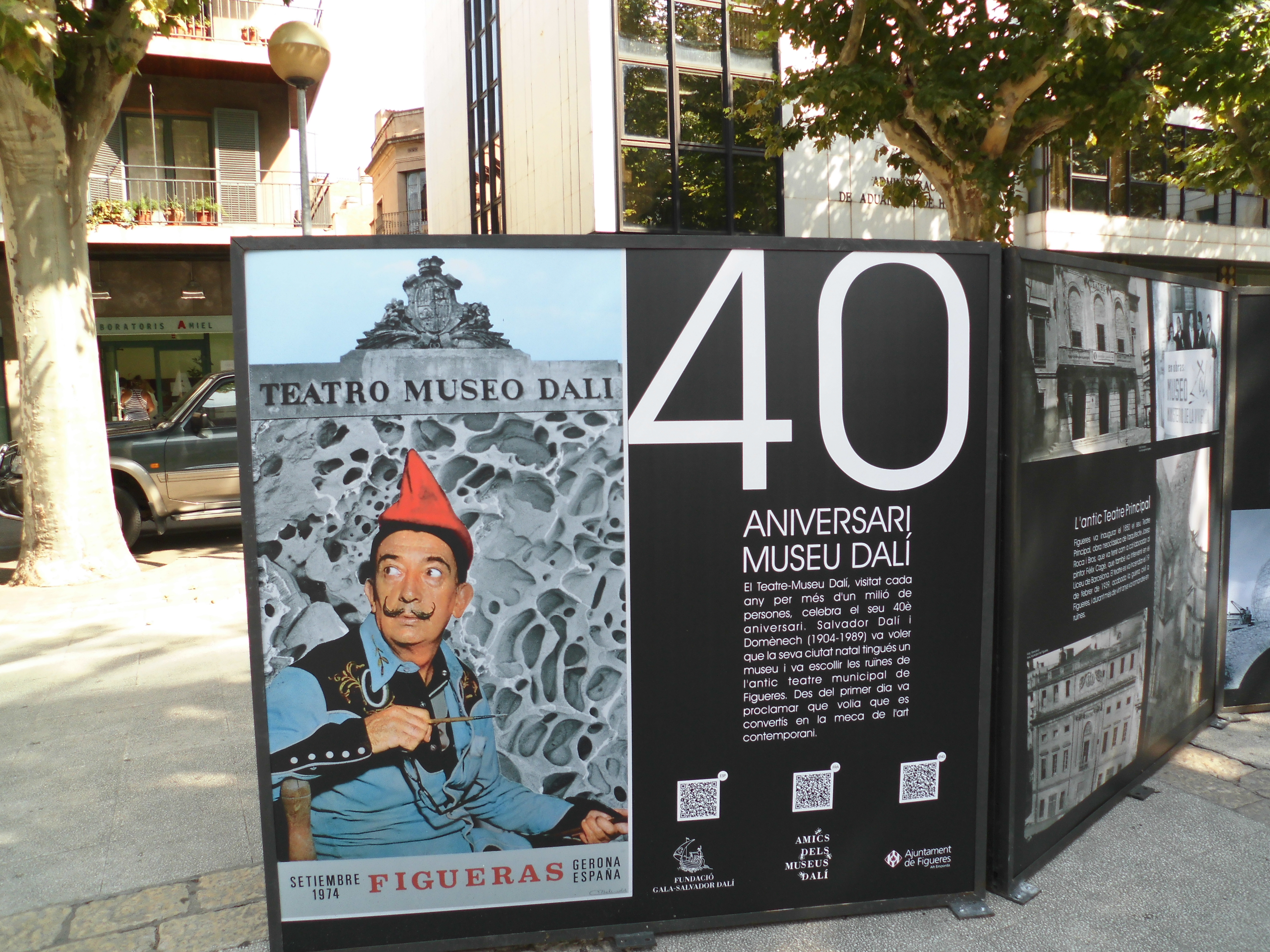 The Dalí Theatre-Museum, which each year receives more than one million visitors, is celebrating its 40th anniversary. Salvador Dalí i Domènech (1904-1989) wanted to open a museum in his native city and he chose to build it on the ruins of Figueres' former Municipal Theatre. Dalí's intention, right from the very start, was for the museum to become a Mecca for contemporary art. 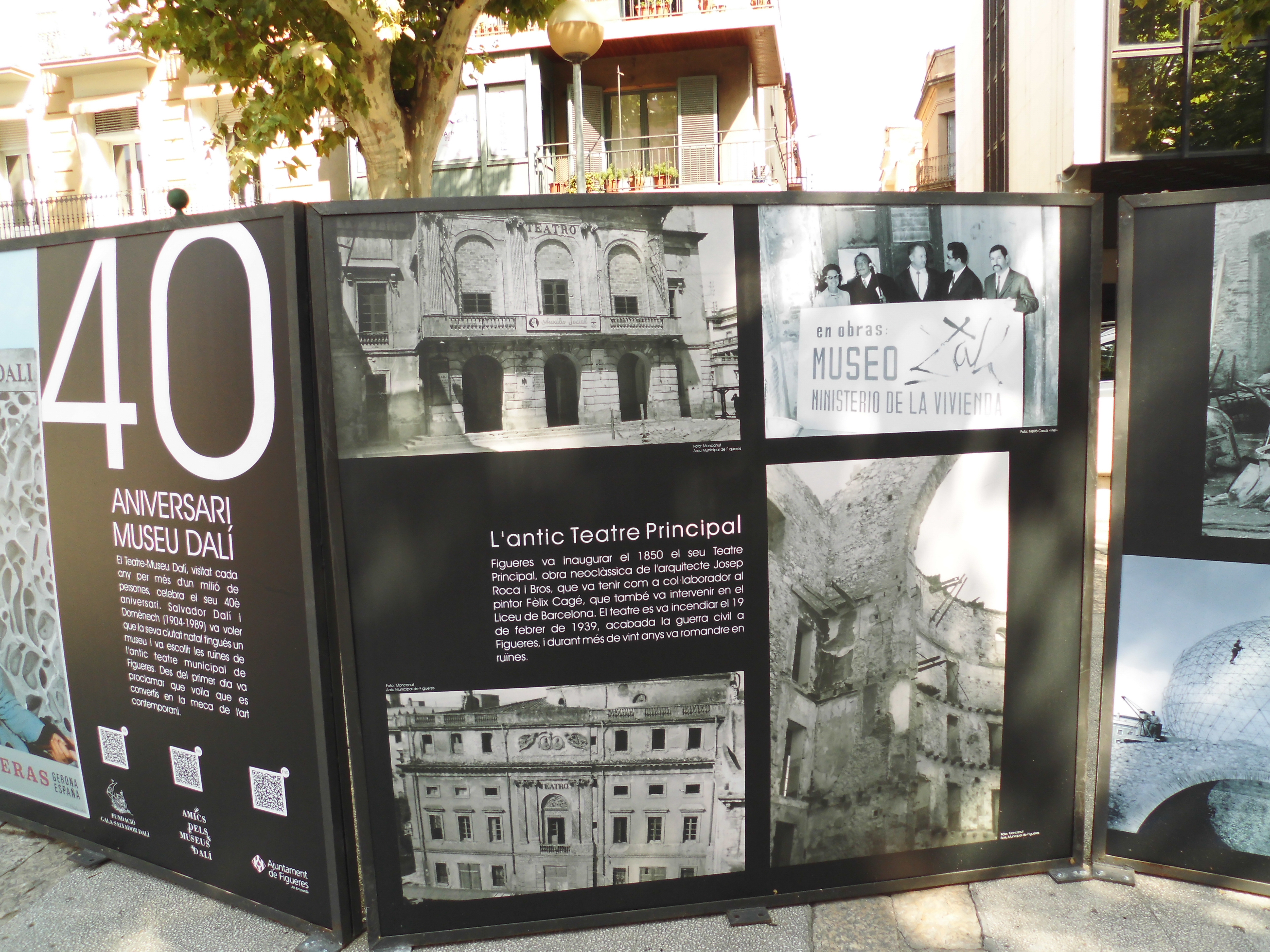 In 1850, the city of Figueres inaugurated its new Principal Theatre, a neoclassical building designed by the architect Josep Roca i Bros in collaboration with the painter Fèlix Cagé, who also worked on Barcelona's Liceu Theatre. The theatre was destroyed in a fire on 19 February 1939, at the end of the Spanish Civil War in Figueres, and it remained in ruins for more than twenty years. 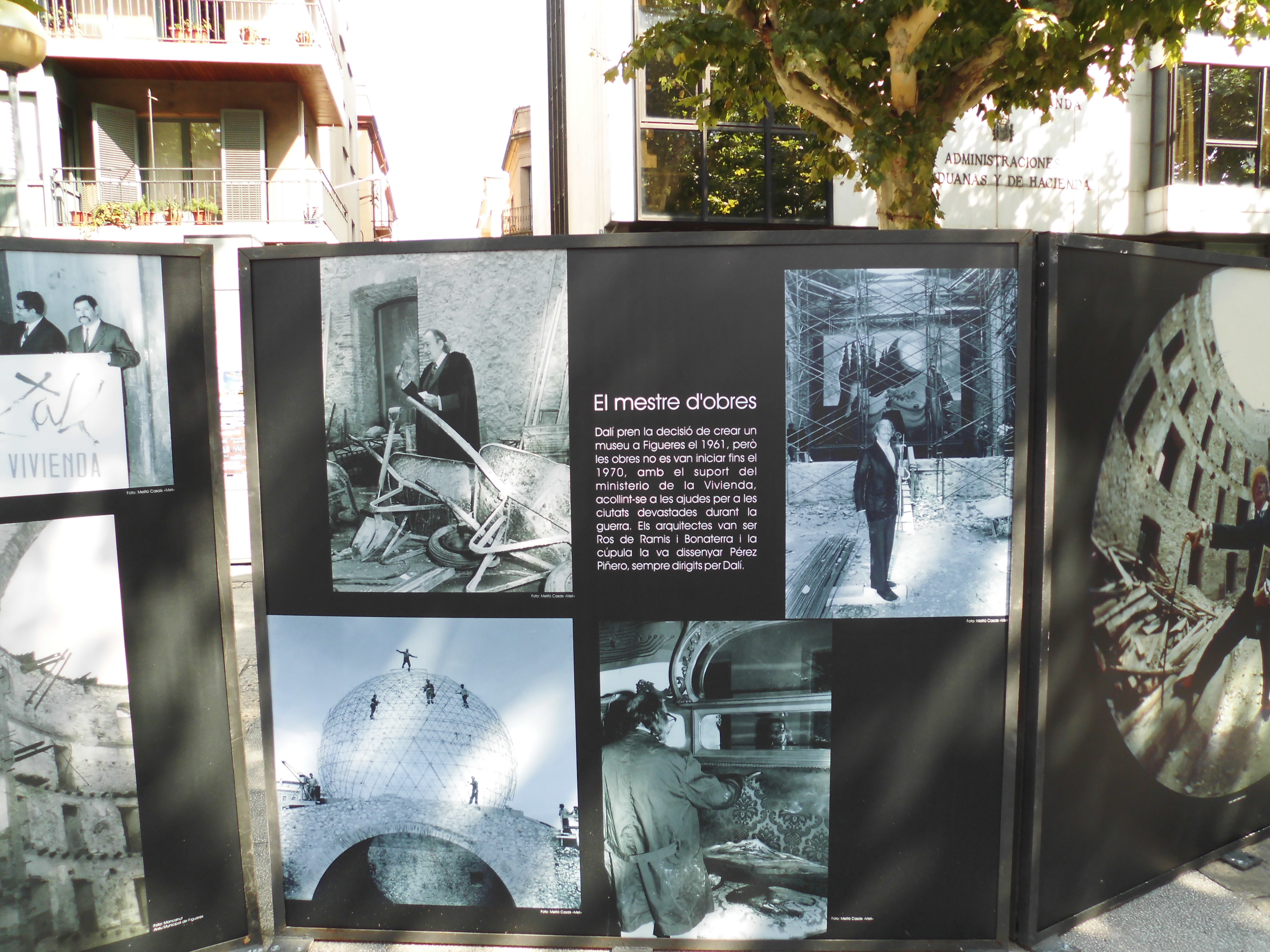 Dalí took the decision to create a museum in Figueres in 1961, but it was not until 1970 that construction work actually began with the support of the Housing Ministry, which granted aid to rebuild cities devastated during the war. The architects chosen were Joaquim de Ros de Ramis and Alexandre Bonaterra, and the dome was designed by Emilio Pérez Piñero, always under the direction of Dalí himself. 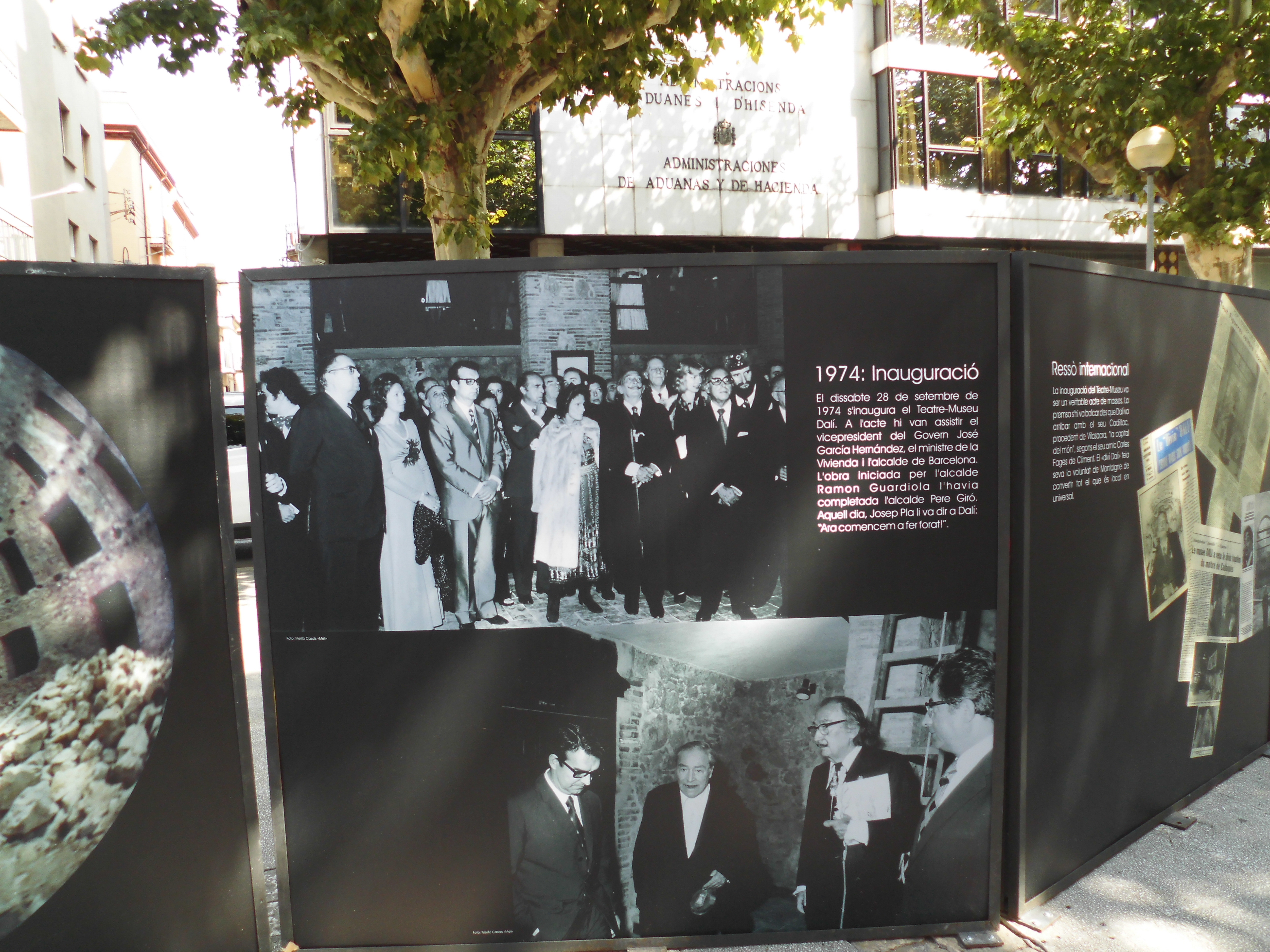 On Saturday 28 September 1974 the Dalí Theatre-Museum was inaugurated. Attending the opening ceremony were Spain's Deputy Prime Minister, José García Hernández, the Housing Minister and the Mayor of Barcelona. The construction work, initiated under Mayor Ramon Guardiola, was eventually completed during the office of Mayor Pere Giró. On that day, the writer Josep Pla said to Dalí: "Now we are starting to make [E1] our mark!" 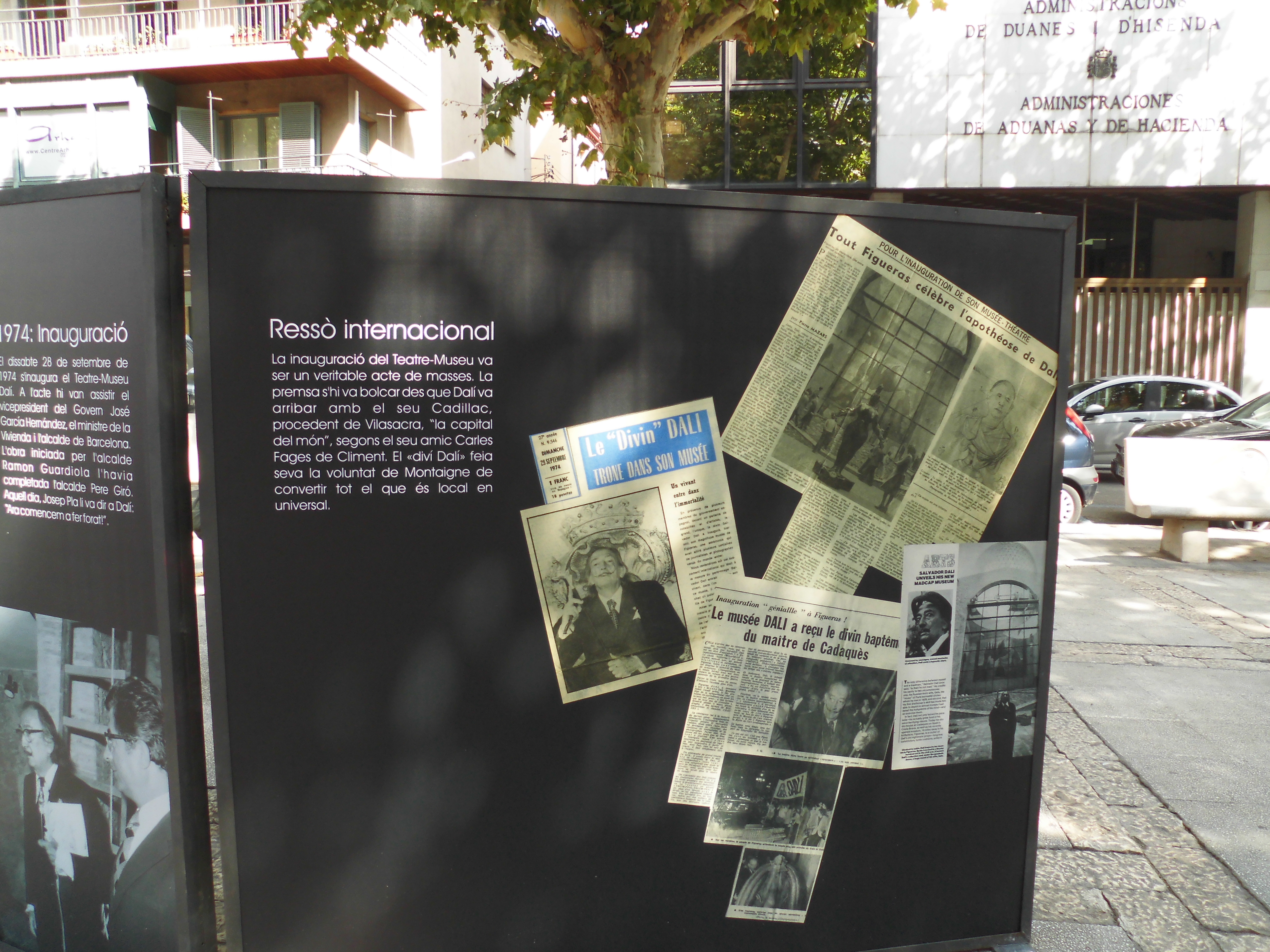 The inauguration of the Theatre-Museum caused a sensation. The press launched themselves at Dalí from the moment he arrived in his Cadillac from Vila-sacra, 'the capital of the world', according to his friend Carles Fages de Climent. The 'divine Dalí' adopted Montaigne's philosophy of turning everything local into something universal. "It seemed the work that would never be completed, but Dalí finally has his museum." This was one of the headlines in Barcelona's newspapers. "Dalinian apotheosis", "A great day for the Empordà", "Dalí has finally got his museum"... read some of the others. Although nobody, except its creator, could have imagined it then, the museum would go on to become one of the most visited in the world. 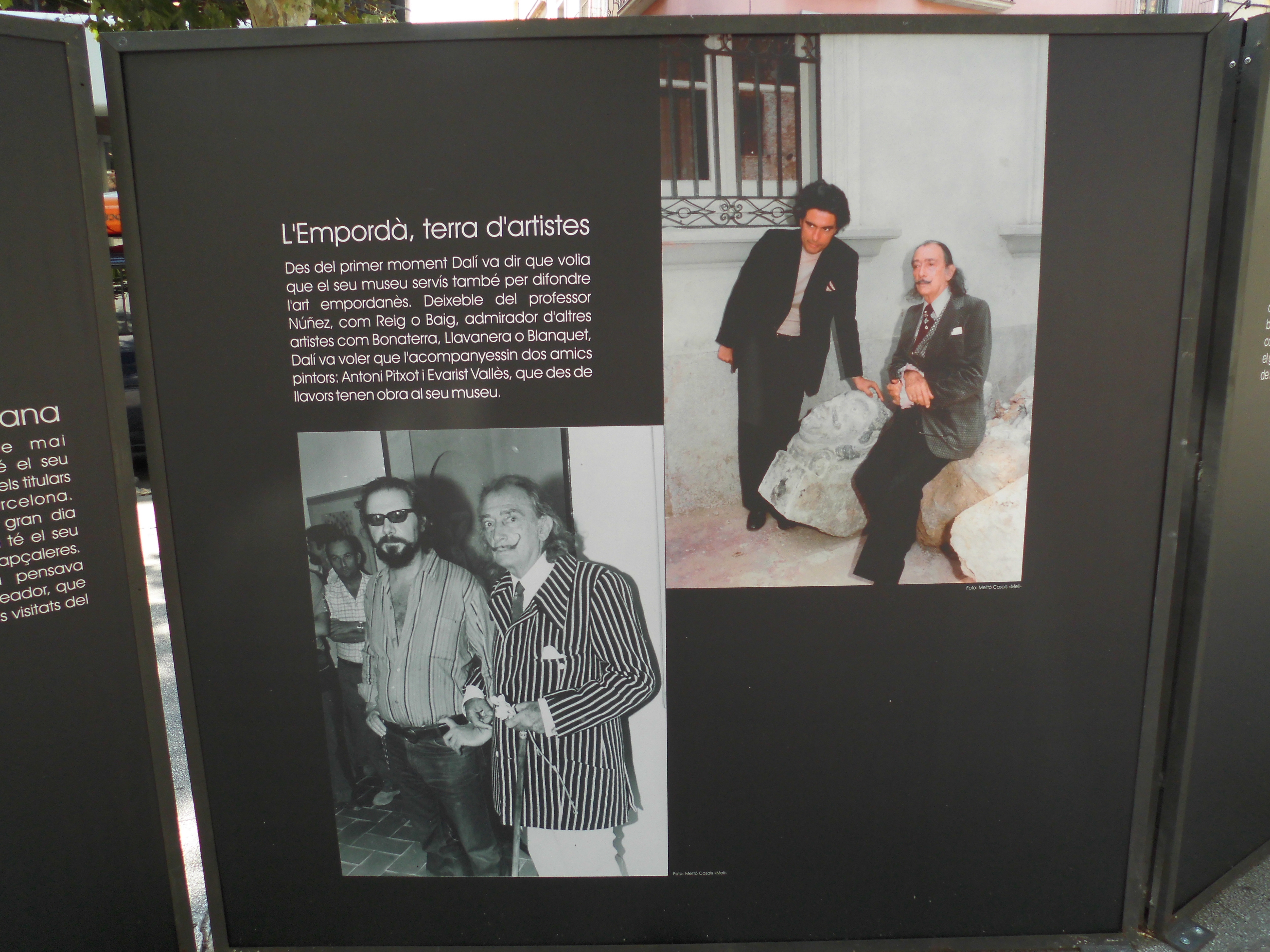 Right from the very start, Dalí said that he wanted his museum to raise awareness of the Empordà region's artists. A disciple of art teacher Núñez, together with Reig and Baig, and a great admirer of other artists such as Bonaterra, Llavanera and Blanquet, Dalí wanted two of his painter friends to accompany him: Antoni Pitxot and Evarist Vallès, whose work has been on display in the museum since it opened. 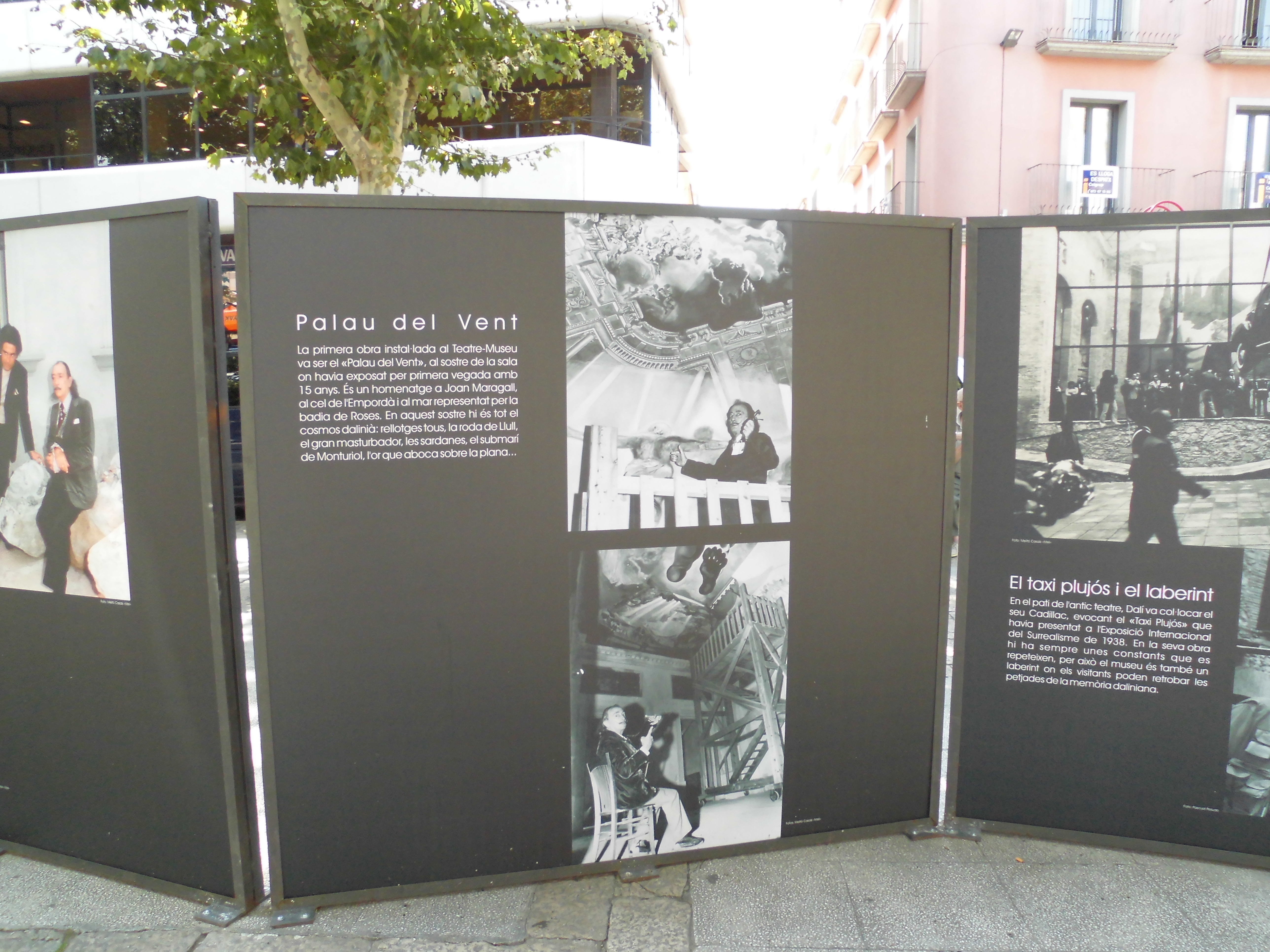 The first work installed in the Theatre-Museum was The Wind Palace, placed on the ceiling of the room where Dalí first exhibited his work at the age of 15. It is an homage to the poet Joan Maragall, to the sky of the Empordà and to the sea represented by the Bay of Roses. On this ceiling panel we can find references to Dalí's entire universe: melting clocks, Lullian wheels, the great masturbator, traditional sardana dances, Monturiol's submarine, the shower of gold falling over the scene...

Rainy taxi and the labyrinth 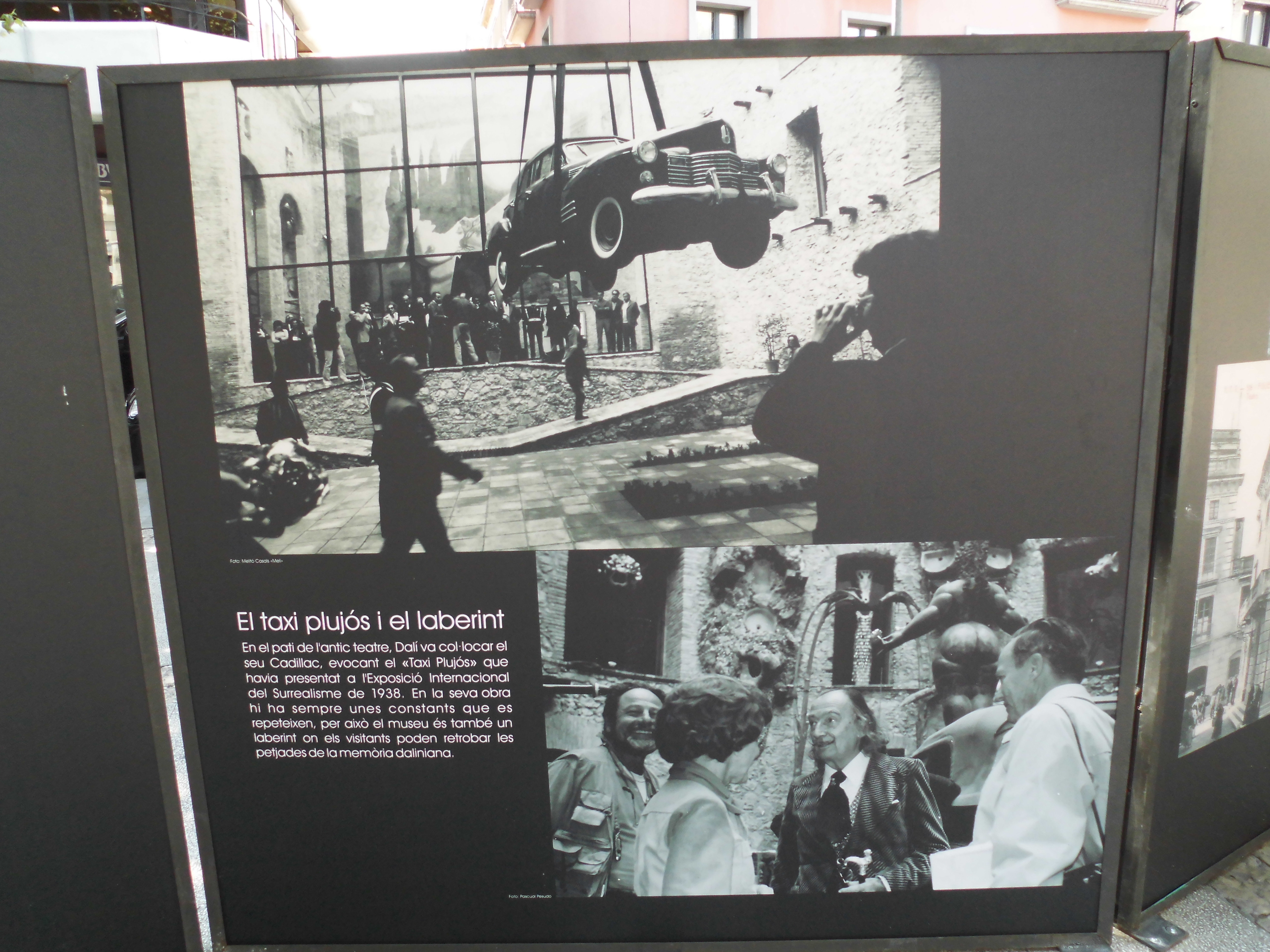 The courtyard of the former theatre houses Dalí's Cadillac, reminiscent of the Rainy Taxi that he presented at the International Surrealist Exhibition in 1938.  In his work there are always certain recurring elements, for this reason the museum is also a labyrinth in which visitors can retrace the imprints of Dalí's memory. "The Theatre is the obvious location for the Dalí Museum", said Dalí on 12 August 1961 when he announced his intention to build his museum on the site. He gave three reasons for his choice: "Firstly, I am an eminently theatrical painter; secondly, the theatre stands next to the church where I was baptised; and thirdly, my first ever exhibition was shown in the foyer of this very theatre."

Posters for the opening 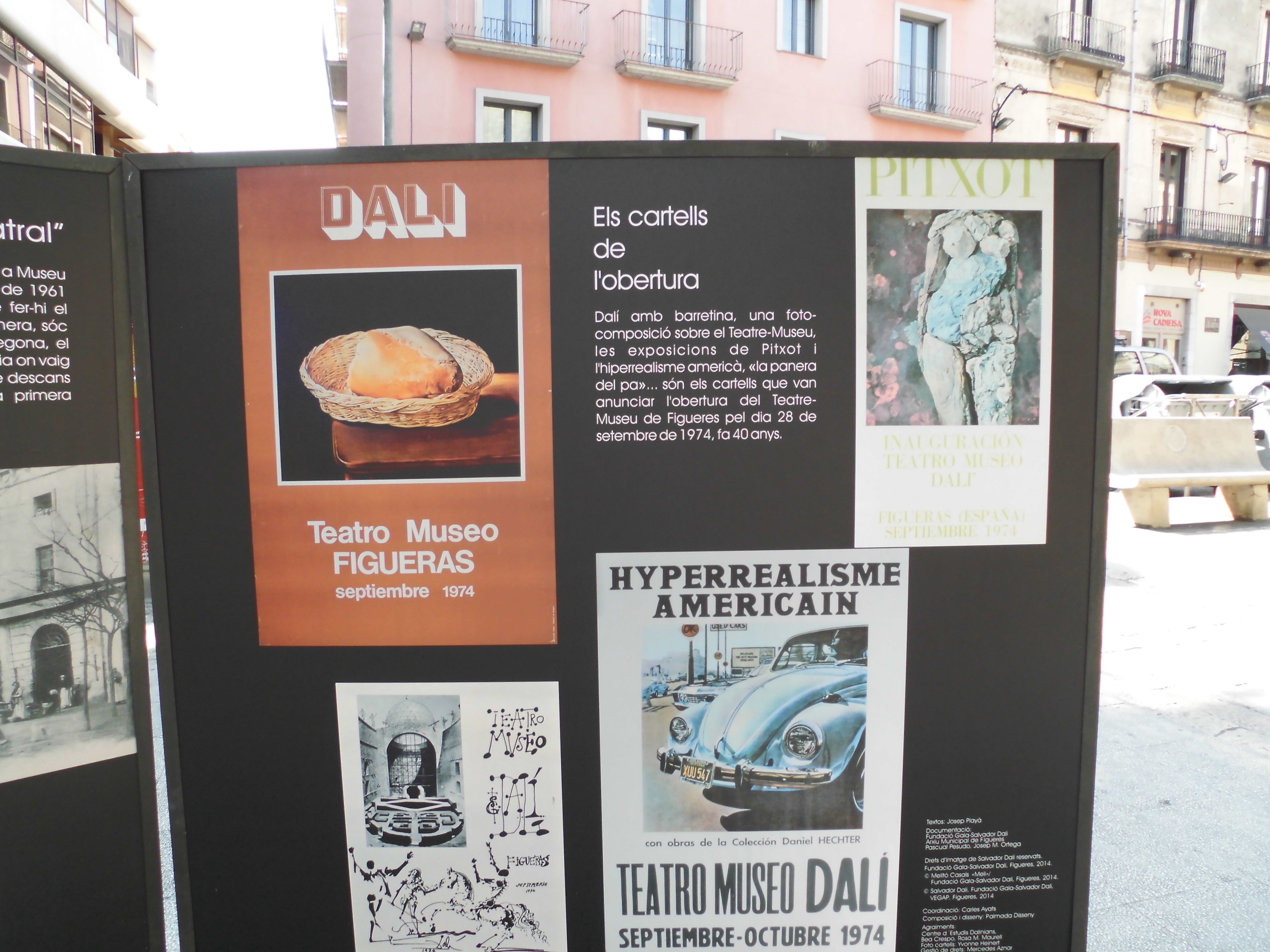 Dalí wearing a barretina, a photo-composition on the Theatre-Museum, exhibitions on Pitxot and American hyper-realism, and Dalí's Basket of Bread featured on the posters announcing the opening of the Theatre-Museum in Figueres on 28 September 1974, forty years ago.