VISIT THE DALÍ MUSEUM BY NIGHT AND LIVE A UNIQUE EXPERIENCE

"I name my wife: Gala, Galushka, Gradiva; Oliva, for the oval shape of her face and the colour of her skin; Oliveta, diminutive for Olive; and its delirious derivatives Oliueta, Oriueta, Buribeta, Buriueteta, Suliueta, Solibubuleta, Oliburibuleta, Ciueta, Liueta. I also call her Lionette, because when she gets angry she roars like the  Metro-Goldwyn-Mayer lion"

Salvador Dalí's wife and muse, whose real name was Elena Ivanovna Diakonova was a mysterious and highly intuitive woman, which was able to recognise artistic and creative genius when she saw it, and had relations with a number of intellectuals and artists.

Nevertheless, the truth iss that very little is known about herpersonality: she had two older brothers, Vadim and Nicolai, a younger sister, Lidia; she spent her childhood in Moscowand her father died when she was eleven years old. Her mother remarried later to a lawyer, with whom Gala related very well and thanks to whom she managed to acquire a good education. She was a brilliant student, completing her studies at the M.G. Brukhonenko academy for young ladies with a very high average mark; a degree from the tsar authorised her to become a primary school teacher and to give lessons in people's homes. In 1912 she suffered a worsening of the tuberculosis that had afflicted her for some time, and her family decided to move her intothe Clavadel sanatorium in Switzerland, where she met Eugène Grindel (later to be known as Paul Eluard). Their similar ages and love for reading made them become good friends. Both were discharged from the sanatorium in 1914.Gala returned to Russia and Eluard went to the war front, but  the couple proposed to each other before that.

They married in 1917, and the following year was born the girl that was to be Gala's only daughter, Cécile. Eluard, who had already been revealed as poet and had changed his surname, had close relationships with the leading figures of the surrealist movementand in particularl with the creators of the Littérature magazine: André Breton, Philippe Soupault and Louis Aragon. Gala also attended some of their meetings. In 1922 she started a relationship with Max Ernst but they broke up in 1924. Max Ernst painted her in a number of portraits. Also noteworthy was her friendship with the poet René Char, and particularly with René Crevel.

It was in 1929 when she first met Salvador Dalí. In April of that year Dalí went to Paris to present the film that he had created with Luis Buñuel, Un chien andalou, and it was there where Camille Goemans, a Belgian poet and gallery owner, introduced Dalí to Paul Eluard. Dalí invited them to spend the summer in Cadaqués. Goemans and a friend of his, as well as René Magritte and his wife, and Luis Buñuel, Paul Eluard and Gala, and the couple's daughter Cécile, all spent some time there. When the painter met Gala it was love at first sight. In his Secret Life, he wrote: "She was destined to be my Gradiva (the name comes from the title of a novel by W. Jensen, the main character of which was Sigmund Freud; Gradiva was the book's heroine and it was her who brought psychological healing to the main character), the one who moves forward, my victory, my wife". And Gala was indeed to remain forever at the painter's side, so that from that time on her biography was linked with that of Dalí.

In 1948, Dalí and Gala returned from the United States after eight years of exile there. Dalí had achieved recognition in his own country, and his father had come to accept his son's relationship with a divorced Russian woman. From that time onwards, the Dalís would spend the spring and summer in Portlligat and the autumn and winter between New York and Paris.

In 1958 Dalí and Gala got married at the Àngels chapel, near Girona. In 1968 the painter bought Gala a castle in Púbol, Girona, and it was agreed that the painter could not go there without her prior permission . Between 1971 and 1980, Gala would spend some time at her castle, always during summer. It was there that Gala was buried, after she died in 1982. Since 1996 the castle has been open to the public as the Gala-Dalí Castle House Museum in Púbol. 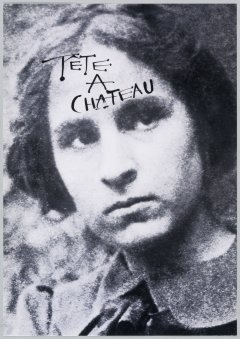 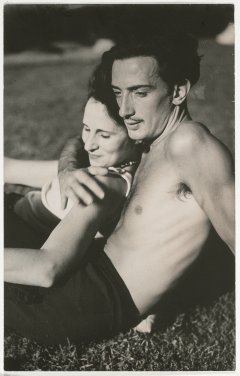 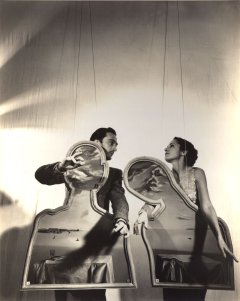 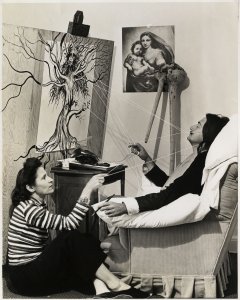 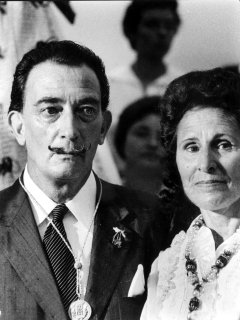