The documentary by the writers

The three Dalí sites - the Dalí Theatre-Museum in Figueres, the house at Portlligat, and Púbol Castle, which make up the Dali triangle - propose to take us on a trip through the life and work of Salvador Dalí, a journey presented in three documentaries, in which the protagonists of story are Dalí himself and a wealth of previously little-known or even unknown documentation and information.
With the documentary about the Portlligat house, the second part of our trilogy*, our aim is to make better known the only real home and studio that Salvador Dalí ever had. This house-cum-studio was the refuge of the artist and Gala, at the very heart of the only landscape in which it truly belonged: that of Portlligat, Cadaqués and Cap de Creus. A landscape that conditioned and stimulated the painter, I would even dare to say it gave him his identity. Dalí identified with it completely.
The house, every inch of which is studio, is the key to understanding Dalí's cosmogony. This is where he experimented, and also the sacred place where he practised every day, obsessively, the ceremony of the art. Art: Dalí's vital choice, and his passion.

* The first documentary, produced in 2015, is entitled Dalí's Last Masterpiece

The Dalí universe represents a great challenge, and this film was also faced with the added challenge of bearing witness to a landscape, a wild and constantly changing landscape with a great personality, which shies away from, but which it was very important to capture. Montse Aguer made very clear to me, as we were writing the script together, the importance of the symbiosis between the landscape of Cap de Creus and the universe of Salvador Dalí, not only in artistic terms but also on a mystical level, because - as is well known - Dalí always turned for physical and spiritual shelter to this special corner of the world.
I wanted to show Dalí in his studio. The painter in his sanctum sanctorum. The man in his habitat. And Gala. And a biography: full, as all biographies are, of nuances and radical breaks. From family ruptures to ruptures as bloody and devastating as wars. I wanted to capture the constant to-and-fro between everyday life and exile, between interior and exterior, between intimacy and extraversion.
When you visit the house there is a strange feeling that he is present all the while: Dalí still lives there, he accompanies you through the studio, the patios, the gardens and the narrow corridors that surround the house ... you sense Dalí's presence because his ideas are so powerful, so magical. I have tried to convey this presence in the documentary, combining archive footage of Dalí wandering around the house with images we have shot to create an almost esoteric feeling, to enable the viewers to really understand that if they decide to visit the only house Salvador Dalí ever owned, he will be there to receive them and act as their host.

Back to the Project 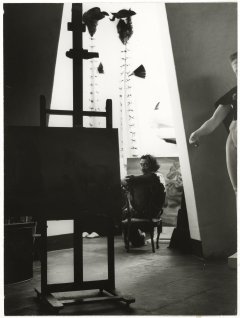 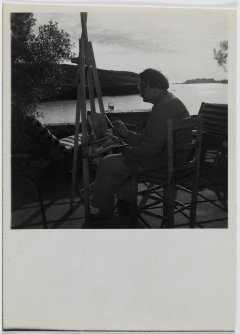