The current House-Museum in Portlligat was Salvador Dalí's only placed of residence, the place where he normally lived and worked until 1982 when, after Gala's death, he moved to the Púbol Castle.

In 1930, Salvador Dalí set up home in a small fisherman's hut in Portlligat, drawn to it by the landscape, the light and the isolation of the place. On the basis of that initial construction, over the course of forty years he created his own house. As he himself defined it, it was "like a real biological structure [...]. Each new pulse in our life had its own new cell, its room. The resulting form is the current labyrinthine structure which, taking, the BearLobby as the starting point, spreads out around in a succession of spaces linked by narrow corridors, slight level changes and blind passageways. Packedwith a multitude of objects and memoires belonging to Dalí, these zones are decorated with features that make them particularly cosy: carpets, whitewash, dried flowers, velvet upholstery, antique furniture, etc. Furthermore, all the rooms have windows of different shapes and proportions framing a landscape which is a constant point of reference in Dalí's work:  the Portlligat bay.

Referring to his usual residence, Salvador Dalí said: "Portlligat is the place of production, the ideal place for my work. Everything fits to make it so: time goes more slowly and each hour has its proper dimension. There is a geological peacefulness: it is a unique planetary case".

THE ORIGINS OF THE HOUSE AND ITS ARCHITECTURAL GROWTH

In 1930 Dalí was looking for a house of his own, he established himself in Portlligat, in the fisherman's hut that Lídia Noguer had sold him. The house is in fact a cabin with its roof in poor condition, where Lídia's sons kept their fishing gear. In order to purchase the Portlligat house Dalí used the 20,000 French francs that the Viscount of Noailles, as patron, decided to give Dalí as an advance on a painting that was to end up as The Old Age of William Tell. Dalí tells us about the difficulties of getting to Portlligat from Paris in his autobiography La Vida Secreta de Salvador Dalí, in which he also speaks about the plan for the house: "our little house was to consist of a room of about four square metres that was to serve as a dining room, bedroom, studio and an entrance hall. You go up some steps and as you land, three doors open out, taking you to a shower, a toilet and a kitchen of very tight dimensions that you can hardly squeeze in. I wanted it all good and small  ̶̶  the smaller the more womblike".

In 1932, Dalí refurbished the second hut that he had bought a few months later. This first cell of the house served as entrance, dining room, living room, workshop and bedroom. A couple of steps further lead to a small kitchen and a similarly small bathroom.By 1932, the house comprised of two huts and a small annex that served as the current serving area. In the olive grove, he built two rows of small cylindrical columns and the tile-rails that worked as benches. In 1935 the Dalís, intending to enlarge the house, contacted the builder Emili Puignau, who from then became in charge of executing any construction work. He was entrusted with  the construction of the two volumes of the building creating the studio   ̶̶   the current Yellow Room  ̶̶  and the Bedroom - the current Birds Room  ̶̶  which were completed by the summer of the following year.

With the outbreak of the Civil War, Dalí and Gala moved to the United States and did not return to Portlligat until the end of 1948. In that year, the Dalís bought another hut, also measuring around twenty-two square metres; which in 1949 was converted into the current Library and Living Room and apiece of land that forms part of the olive grove. By 1949 the house was habitable. Gala was in charge of decorating the house and bought furniture from various second-hand dealers in Olot and La Bisbal.

From 1949 the building grew to meet Dalí's needs. Another three huts joined the existing set. The new studio (the current and definitive one) was built and reached its completion in 1950. In 1951, with a half-done kitchen they stated to buildthe Bedroom over the Library, and in 1952 the other service areas. The building of the Pigeon Loft was completed in 1954, and during the following year the couple purchased the "Clock Hut", which was left as it was until the current remodelling converted it into the Left-Luggage Office for the House-Museum.

As regards to the "Via Làctia" (Milky Way) in the Diari d'un Geni (Diary of a Genius), we find a first reference there, dating from 1956, and two years later, in 1958 (the year of its creation) Dalí speaks about it again, saying that it was a white chalk path running parallel to the sea and with its start marked by a pomegranate tree. The courtyard and the wall enclosing it - designed to make this space into an inaccessible precinct - were built up to 1960. The Oval Room was completed in 1961; this one was also semi-spherical, based on a design that the artist had made in 1957 for a nightclub in Acapulco; in 1963 came the Summer Dining Room, while the Swimming Pool, which had been planned in 1969, was completed in the summer of 1971, although Dalí continued working on it and changing certain aspects. The period of greatest splendour in this singular area, which was to become the centre of the Dalí's social life, was over the years 1972 to 1974.

THE HOUSE - NOW A MUSEUM

Three different areas are to be found in the house: the part in which the private lives of the Dalí's couple took place, the ground floor and Rooms 7 to 12; the Study, Rooms 5 and 6, with lots of objects connected with his artistic activity; and the outdoor areas, Room 13 and Courtyards 14 and 15, specially designed for public life.

From 4 August 2009 it became possible to visit another area located in the Olive Grove area, whose circular construction was used by the artist as an additional studio, especially useful for making sculptures and performances. The glass skylights allowed Dalí to paint feet, as the ones you can find in the Wind Palace (the Noble Room of the Theatre-Museum in Figueres). In the outdoor part of the tower he built in some clay receptacles with holes in them so that the vessel whistled when the strong tramontane wind blew.
Inside a piano can be found, which Dalí had used in some artistic performances, along with two projectors which simultaneously showed audiovisual depictions of the artist: reports from the 60s and 70s with Dalí and the Portlligat house as protagonists. 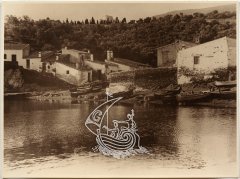 An old photograph of Salvador Dali's House-Museum in Portlligat, where you can see the surroundings of the house and the sea.

Ancient photograph where we can see Salvador Dalí sitting on a bench and painting. 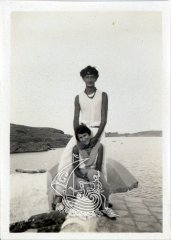 Black and white photograph of Salvador Dali and his muse Gala. They are on the roof of his house in Portlligat, and at their back you can see the sea. 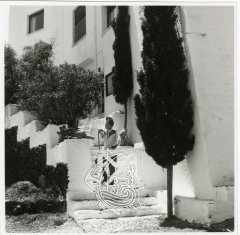 Salvador Dalí standing on the stairs of his house in Portlligat. This is an ancient black and white image, and the artist has a catalan cap on his head. 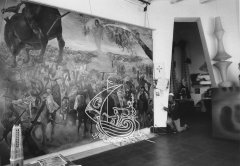 Black and white photograph of one of Salvador Dalí's House-Museum rooms in Portlligat. We see the artist at the entrance of the room, and a large painting at his right 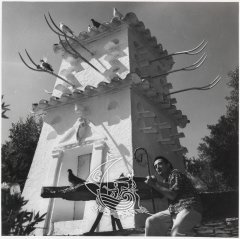 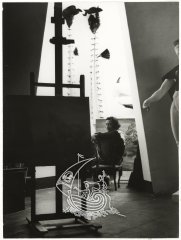 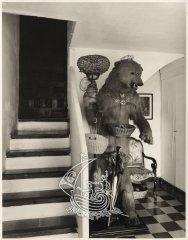 A photograph of Salvador Dalí's House in Portlligat, as can be found now. In the image we see the figure of a bear, made by Salvador Dalí, next to a staircases.