With a long, dense and successful professional career, he was President of Renfe (Spanish railways) from 1983 to 1985 as well as of Ibermutuamur, Exel logistics (Iberia) Group, S.L. and of Cálculo y Tratamiento de la Información, S.A.

Worth pointing out was his outstanding task as General Coordinator of all construction projects of the Olympic Games of Barcelona from 1989 to 1992. He was also Managing Director of Vila Olímpica, S.A. from 1986 to 1992, as well as of Nova Icària S.A., EDS España, S.A. and Bedaux Española, S.A. He was a Member of the Board of Trustees of the Olympic Museum of Lausanne, and member of the Board of Directors at Hewlett Packard Iberia, Madrid Palace Hotel, Hotel Ritz Madrid and Fecsa, among others.

In 1991, he accepted the presidency of the Fundació Gala-Salvador Dalí, developing the latter over the years into a worldwide referential institution for the management and defence of the legacy of a universal artist such as Salvador Dalí, and transforming it into a robust and very relevant socio-economic actor in its region.

Under his mandate, the Foundation has contributed to the intellectual and artistic world through the study and research of the work and life of Salvador Dalí, projecting Dal'i's heritage around the world. Over the last 20 years, the development of the three museums known as the Dalinian Triangle and an ambitious program of international exhibitions has made it possible to bring Dalí's artistic legacy closer to a wider and more universal public.

He was distinguished with numerous awards and recognitions of which several stand out particularly: The Great Cross of Alfonso X El Sabio, the Cross of Sant Jordi, Honorary Colonel of the Arms of Engineers, the Gold Medal of the Universidad Complutense de Madrid, La Fulla de Plata from the Figueres Municipality, Honorary Associate of Comerç de Figueres, the Prize T from Fundació Jordi Comas, the prize to an outstanding professional career "Trayectoria Profesional" 2005 by the Industrial Engineers of Catalunya.

The entire staff of the Fundació Gala-Salvador Dalí is deeply saddened by this irreparable loss. 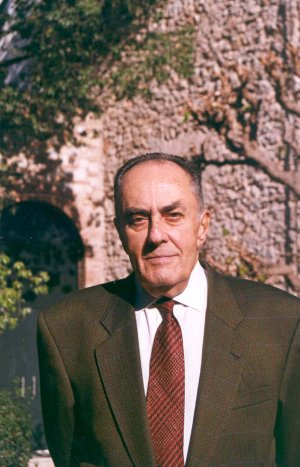