The well-known work entitled Retrospective Bust of a Woman is one of the first Surrealist objects that Dali made ​​in the early 1930s. This is a unique original work by Salvador Dalí, now in the Museum of Modern Art in New York (No. 301.1992). The research carried out by Centre for Dalinian Studies has shown that during the 1930s, from 1934 until 1939, Dalí made ​​a number of versions of this work: these present various modifications on the first state, which is known from photographs of his first exhibition at the Galerie Pierre Colle in Paris in 1933.

For example, in a photograph from the Hulton Archive dated in or around 1936 (Getty Images Editorial 3200746) it can be seen that both the loaf of bread and the inkwell of the Angelus are different, and the zoetrope strip and the corncobs around the neck are no longer present. Although it is not known where the photograph was taken (most probably at an exhibition, but this remains to be confirmed), the work has the same composition, but with certain modifications. It is these variations, made by the artist in person, that allow this to be considered a unique original version. 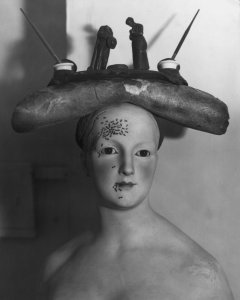 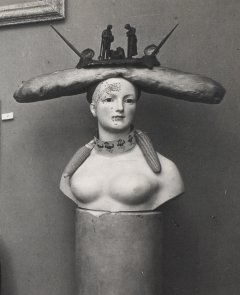 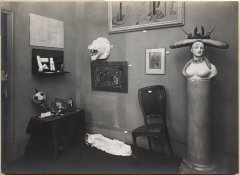