From the first moment that the project for The Secret Life of Portlligat was proposed it was clear to us that the landscape would be an essential element of the story. The challenge was to portray with the highest quality and realism all the nuances that Portlligat, Cap de Creus and the Dalí house offered us.
We needed a light and versatile filming rig to be operationally effective, as the Portlligat house consists of small rooms connected by narrow passages and stairs where the light changes completely in the course of the day. We had to be ready at all times to capture a unique magical moment.
We opted for 4K cameras to get the definition and quality we were looking for. For the interviews we used three Sony AX-100 4Ks. These cameras are small enough to allow us to place them just where we wanted and gave us great picture quality.
The rest of the sequences were shot with the Sony A7SII, a very small camera which nevertheless has a full-frame sensor and a superb capacity to shoot in very low light conditions.
The set-up was completed with a small crane and a slider for the tracking movements, so we didn't need to put down tracks.
The aerial shots were filmed with a Phantom 4 with 4K resolution. The evolution of this technology allowed us to get 4K aerial shots with spectacular definition and stability.
We wanted to respect the natural light throughout the project, and it was only reinforced with artificial light for some of the interviews, in order to maintain the raccord.
The most special moments for light occurred first thing in the morning, as the sun was coming up.
The team had to be ready when it was still dark to capture the nuances offered by the sunrise.
In order to achieve an ode to the landscape, we also had to put up with tough weather conditions such as the strong north wind, the tramuntana. Shooting near the sea in gusts of 100 km/h was very complicated at every level. Salt spray covered the lenses, the wind moved the tripods and even walking could be very difficult, but managing to capture the spectacular quality of Cap de Creus in a tramuntana was ample reward for the efforts of the whole team. 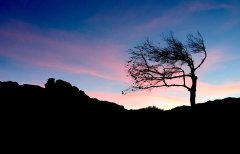 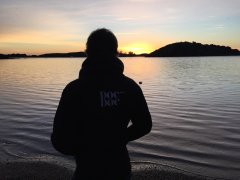 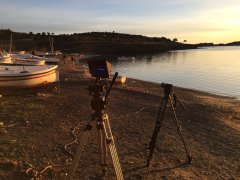